We all are fond of music and videos and everybody has their own collection of media files both on computers and smartphones. But you can’t carry every time your huge collection of movies, songs, and other media files with you. In such a situation, the home media server comes in handy. There are a bunch of the best open-source and free media server software available online that can set up on your own personal home computer. You can store all your media files in one place on the media server and can access them remotely or locally using a computer or smartphone. For example, you are out of town and want to access your movies or music, what you will do, just take out your smartphone enter your home media server address, and boom!! Using media servers you can create your own personal YouTube, Netflix, and Vimeo. Some Media servers based on lightweight Linux, which means to save electricity and other resources you can install them on Rasberry Pi.

Here we have listed Free and Open source Media server software to be used in 2021 that can be work on both Linux and Windows.

We already have a done couple of articles on Plex and it really has some great features that allow it in our best media server list. The Plex Media Server is available for a variety of platforms such as Windows, Linux,  Mac, Docker, and third-party NAS (network-attached storage device) Synology, Qnap, Netgear, Seagate, and more…

The Plex media server is not open-source instead of freemium software and offers some features on a subscription base only. However, still here because of its easy to use and install capabilities.

Whereas the Plex player comes under both freemium and open source license GPL v2. Due to its vast range of devices support the Plex continuously gaining popularity as a media streamer.

If you are interested in PLEX, also see: How To setup Plex Media Server on Ubuntu Linux.

Kodi 100% Opensource Media center software that stores all your digital media files in one place like Plex and gives you a beautiful interface to access them. The Kodi was previously known as Xbox Media center or XMBC. Kodi provides a bit different media server software approach. It works more as a local media streamer rather than functions a server-client relationship like PLEX.  It was developed as an XMBC open-source media center and still distributed under open source licenses. It plays content from two sources one is locally saved content and the second is via plugins.

It has a vast range of Addon for popular web services, applications, and scripts such as Pluto.TV, PS Vue, HDHomeRun, SoundCloud, Kodi Android Installer, Rooster Teeth, and more… It also provides an add-on to stream, video content from various sources like  NBC, CBS, Funimation, and Crunchyroll.  It is a perfect mixture of a media center PC/homer sever software. Kodi is also multi-platform support Media center/server software and supports Linux, macOS, Windows, Android, and embedded devices like the Raspberry Pi.

Emby is a great and best free Media server similar to Plex in features and user interface. While Plex is a closed source or freemium, Emby is totally open-source media server software. In comparison to Plex, the Emby is much easier to install for newbies and you can see our article: How to Install Emby media server, step by the step installation process.  Emby offers lots of customization, media management, and database options. 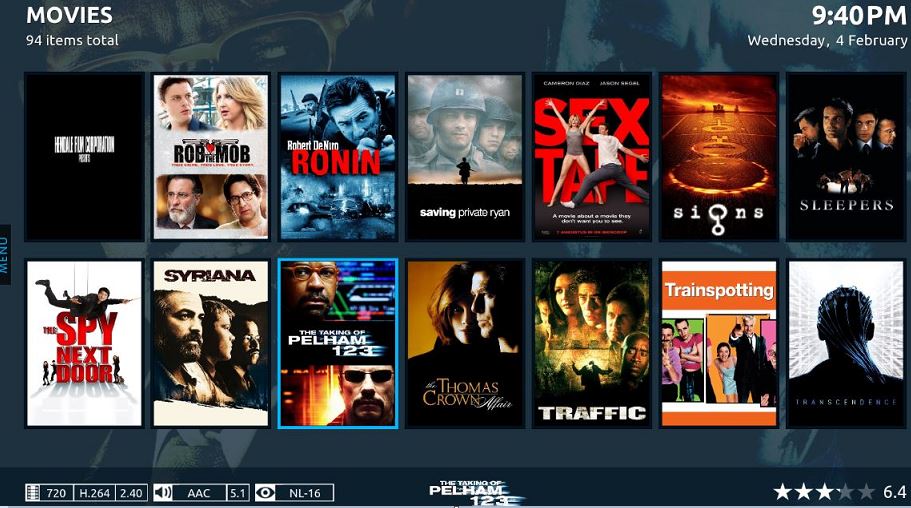 The Emby Media server is available for Windows, Linux, Nas Devices, Mac OS, Docker, and FreeBSD. Like Plex, the Emby is also has a dedicated Linux installer for Debian, Ubuntu, Arch Linux, OpenSUSE, Fedora, and CentOS. If you are looking for a 100% open-source Media server for your office or home then Emby is the best one.

Jellyfin is another popular open-source project that lets us create quickly a modern media server with an interactive web user interface to manage videos, images, and music from any device.

We can browser media content using Jellyfin on various devices such as computers, apps on your Roku, Android, iOS (including AirPlay), Android TV, or Fire TV device, or via your Chromecast or existing Kodi. Whereas when it comes to installing the Jellyfin server platform it doesn’t limit to Linux only, we can set it up on machines running Microsoft Windows, macOS, or in a Docker container.

MediaPortal is a well-featured open-source HTPC media center and similar to Kodi. It does not have features like Emby and Plex, but still, it’s very good open-source media server software. Using it you can watch, schedule, and record live TV like TiVo, streaming media, radio, and TV to any HTPC connected to your network., Check the weather, news, slideshow of pictures & videos, and more. It can access easily the web or mobile device. It also based on Client/Server Architecture.

See: How to Install and Configure the MediaPortal Media server on Windows 10 PC

OpenFLIXR 2 is the easiest free all-in-one home Media server that offers all media solutions in one package.  OpenFLIX Media server software download, install updates of media programs automatically. This home media server is a combination of all well-known open-source projects out there including Plex Media Server.

Software used in OpenFLIXR are:

The OpenFLIXR media server needs a virtual machine to install since it is a virtual application.

OpenELEC is a lightweight Linux operating system built to create a media server like Kodi. The full form of the OpenELEC is Open Embedded Linux Entertainment Center. Due to its lightweight, it can be easily installed on Raspberry, Apple TV, or low configurations systems.

Features of OpenELEC are:

OSMC Media center is last on our list. It is an open-source media center with a simple design and intuitive navigation system. The OSMC media center is based on Kodi and Debian. It also offers paid hardware kits and other accessories to enhance the OSMC user experience such as the Vero 4K. It is a hardware device with OSMC that supports 4K, HEVC, 10-bit content, and HD audio. It supports almost every type of media file. OSMC Media center is available for Linux, Windows, Mac OS, Rasberry Pi, Vero, and Apple TV.

Although Plex, Emby, and Kodi are the best and most popular media servers. But that doesn’t mean that other media servers are not good some of them like OpenFlixr are worth trying. We have put everything we know on this list, now it’s all upon you which you want to use. If you want to install a media server along with a NAS server then you can go for open-source NAS software like FreeNAS.

MY DAIWA App To Boost after Sales Service By Daiwa