Bitcoin Core is open-source software that connects to the Bitcoin peer-to-peer network to download and fully validate blocks and transactions. It also includes a wallet and graphical user interface. It ensures every block and transaction it accepts is valid. This wallet is a full node that validates and relays transactions on the Bitcoin network. This means no trust in a third party is required when verifying payments. Here we learn how to install BitCoin core on Ubuntu 22.04 LTS Jammy JellyFish.

The easiest way to install Bitcoin core on Ubuntu is using the SNAP package manager because it is not available through the APT. Also, the given steps can be used for other similar Linus distros such as Linux Mint, Elementary OS, and more…

Perform the system update command to ensure all the packages on the system are up to date. Although this step is not necessary here because we are about to use SNAP. Yet, just to make sure everything is running at its latest available state.

Next, use the snap command to install the BitCoin core on Ubuntu 22.04, because the default APT repository is not supplying the packages needed for this tool.

3. How do I run the Bitcoin Core in Ubuntu?

Once the installation is completed using the previous step’s command, go to All Applications or simply press the Win key on your keyboard and search for Bitcoin Core. As its icon appears, click to run the same. 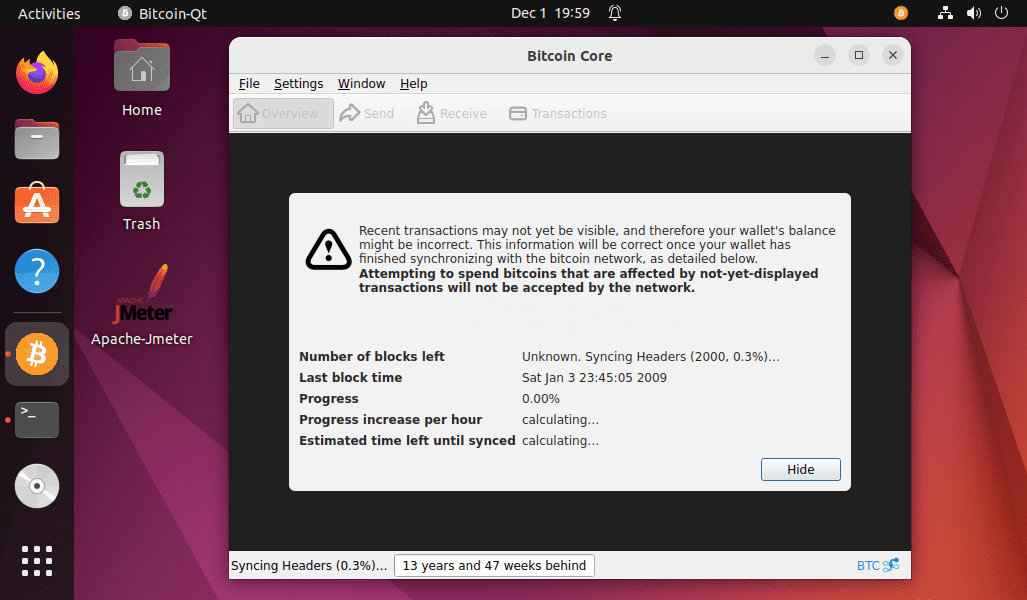 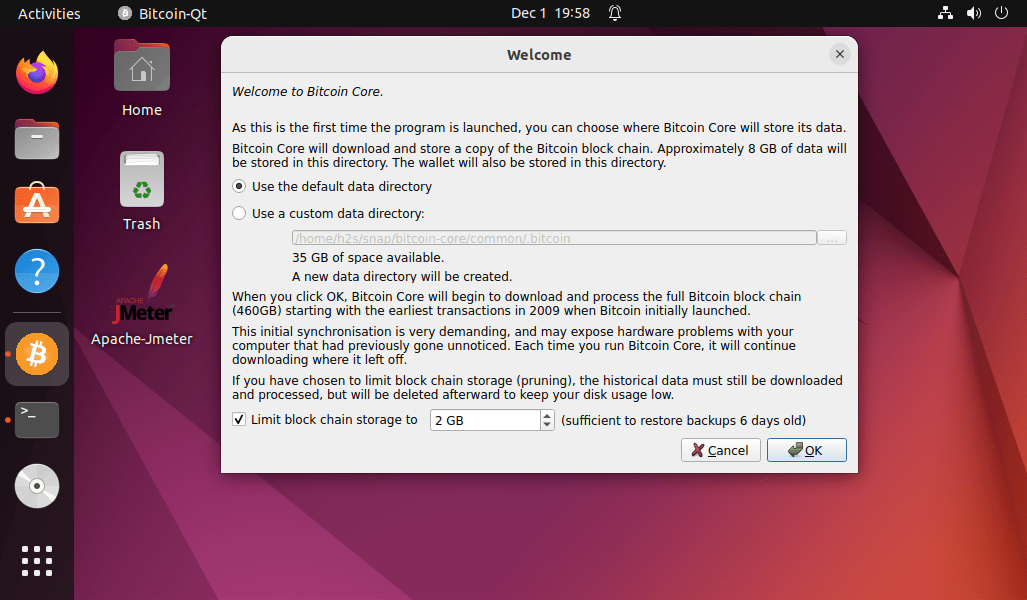 5. How to add a Bitcoin wallet to Linux?

To create a wallet, click on the “Create Wallet” option given under the File Menu of Bitcoin Core. 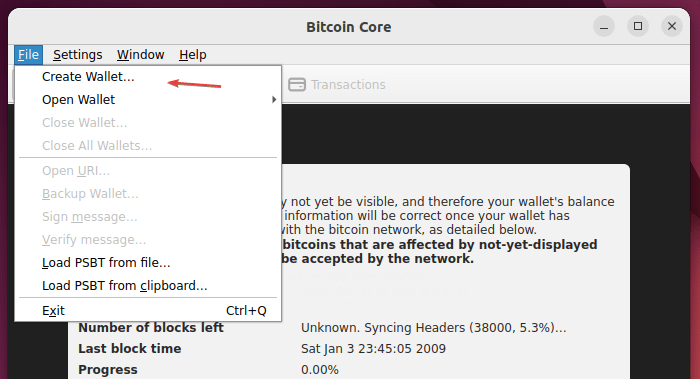 After that give some name to your wallet and click on the Create button. 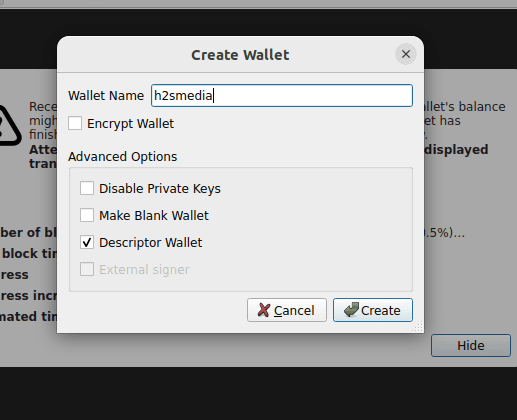 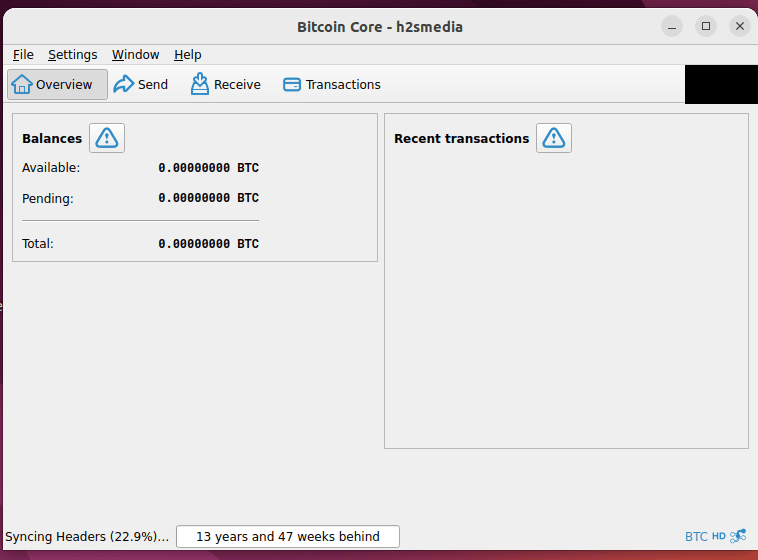 Those who don’t want to install Bitcoin core using the terminal can use the graphical software center of Ubuntu 22.04. Click on the Ubuntu Software icon and search then search for Bitcoin core. Open it from the results and click on the Install button. 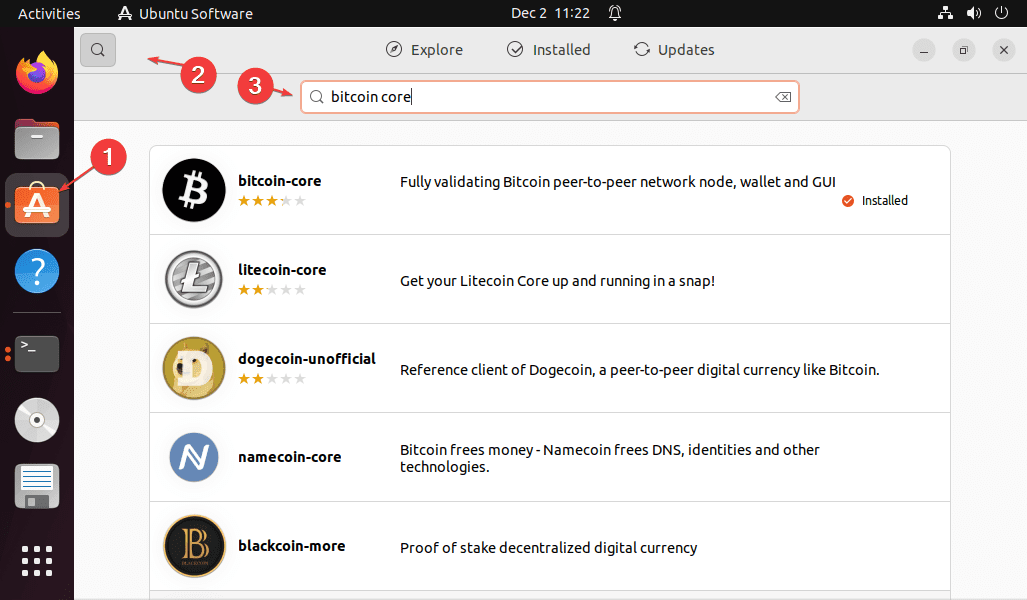 To get future updates of BitCoin Core we can run the snap refresh command given below that will update all the Snap’s installed applications.

Well, if you think this blockchain application is not what you want, then always free to remove the Bitcoin core from Ubuntu 22.04. Here is the command for that.

Where is the Bitcoin Core data directory in Ubuntu?

Here we have used Snap to install Bitcoin Core, here its data directory is under the Home directory of our Ubuntu Linux to see it; you can either use the GUI or the terminal. 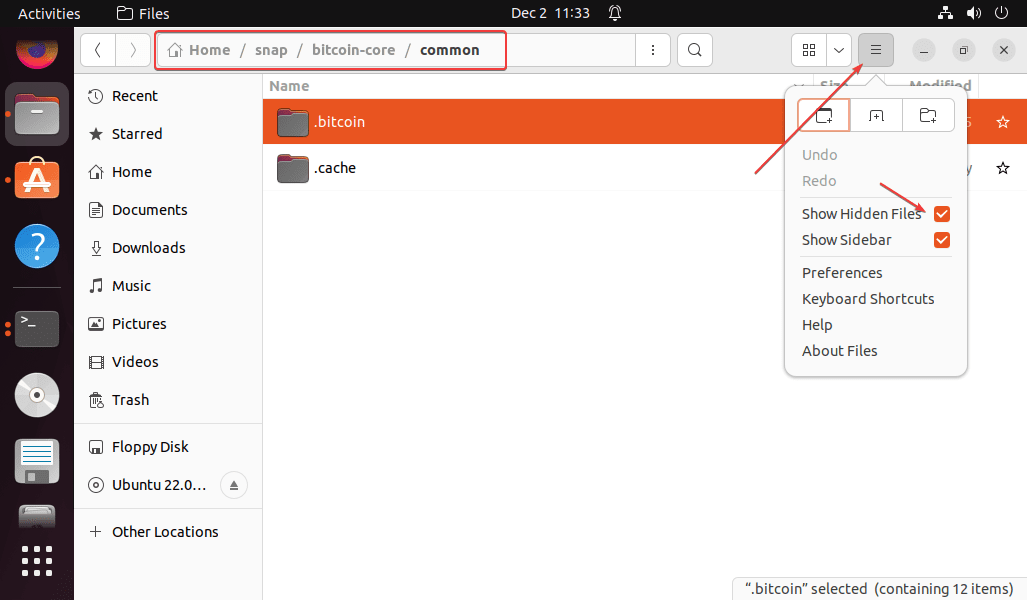 Those who want to access the default data directory for Bitcoin core created by snap using Terminal can use:

Where is the Bitcoin Core wallet stored in Ubuntu?

All the wallet user data is stored under the Bitcoin-core directory created by Snap under the Home user who has installed it. 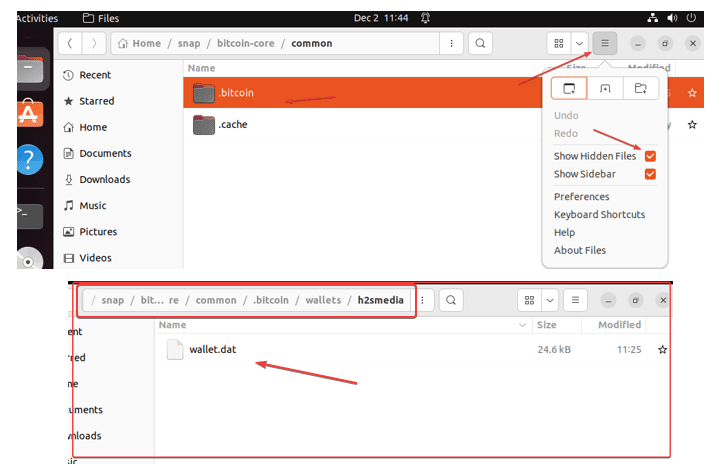 How to find my Bitcoin Core wallet address?

Open the BitCoin Core application on Linux, macOS, or Windows after that open your Wallet. On your Bitcoin wallet click on the Recieve menu option and under Requested payment history double the request you have made to see the address. The Bitcoin core address with QR will appear. Those who have not issued any address can click on the create a new receiving address button. 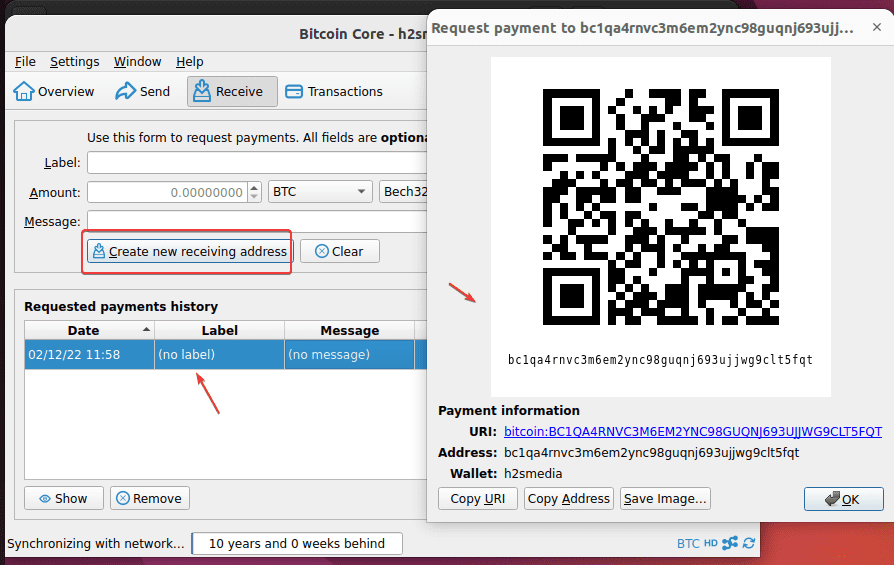