Follow the steps and commands for installing qBittorrent on your Ubuntu 22.04 Jammy JellyFish using the terminal.

What is qBittorrent client?

qBittorrent refers to a file-sharing client that allows access to the BitTorrent network and participation in file-sharing networks. The free software represents an alternative to the widespread client uTorrent.

It is a popular file-sharing client mainly because of its small size and high download speed. The software also has an integrated RSS reader so that it can be used to download files directly from RSS feeds.

Offers a wide range of compatibility in terms of operating systems, since qBittorrent runs on Ubuntu (Linux), Windows, and Mac OS. In addition, qBittorrent also offers a portable version, so that an installation on the computer is no longer necessary.

The program offers the possibility to carry out several downloads simultaneously. Furthermore, qBittorrent can run over a VPN (Virtual Private Network) and proxy servers are also supported.

Another feature is the lack of complex functions and extensions that are not required by the majority of users. In addition, the developers of qBittorrent want to enable intuitive operation.

The latest version of this Torrent client for Linux is available to install through the default system repository of Ubuntu, therefore before going further run the system update command to refresh the APT cache.

Now, everything is ready and we can use our system’s default APT package manager to install the qBittorrent like any other open-source application.

Go to your system’s application launcher and there search for this Torrent client Linux application, as its icon appears, click to search the same. 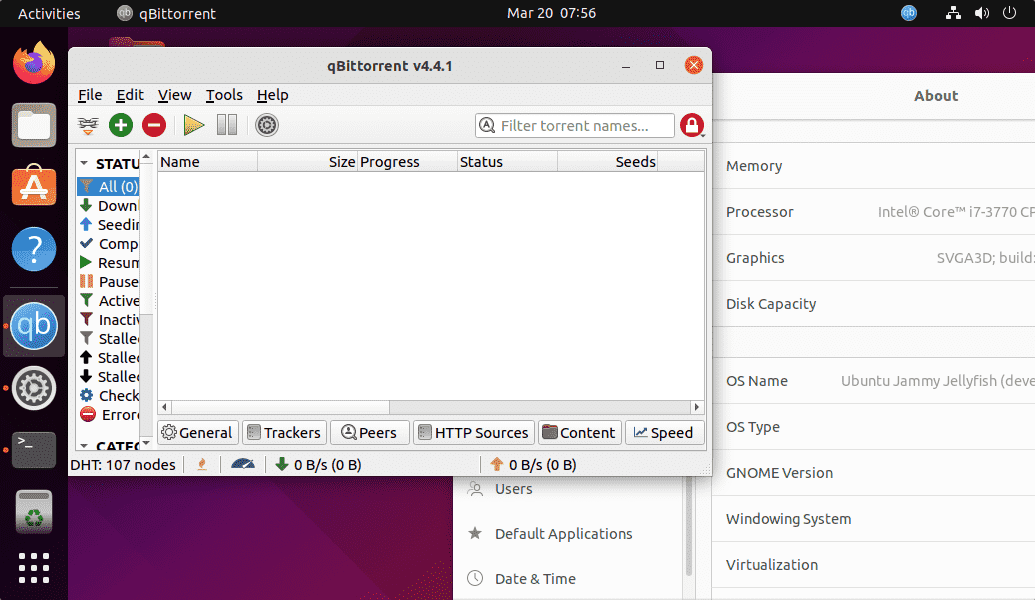 5. How to update or upgrade version

In the future to install the latest version of qBittorrent, the user just needs to run the general system update command because we have used the PPA repository. Hence, we don’t need to download anything additionally.

There are many times when we don’t require some software on our system, if that is the case with this Torrent client as well then use the same APT package manager to remove it.