Fish Shell is meant to be an interactive and user-friendly command-line shell, where, FISH stands for a friendly interactive shell. The advantage that the Fish Shell offers in scripting is the Ada/Modula-2-like syntax, which can lead to more readable texts in complex scripts. As with Bash, UNIX commands can be called in Fish scripts. Fish scripts can be used as executable programs after setting them to executable with chmod. Thus, tasks can be automated similar to bash scripts.

Steps to install and use Fish Shell on Ubuntu Linux

We don’t need to add any third-party repo, the packages to install Fish are already there on Ubuntu’s default system repo:

Once the installation is completed, you can start using it by switching your current shell to Fish, for that type- 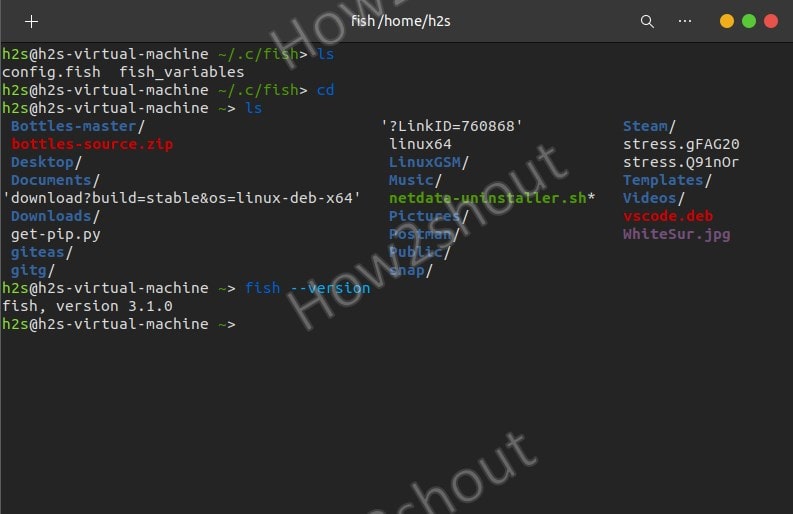 After using some time, if you like this colorful and friendly shell, then you can set it system default instead of bash.

To change Fish properties, we can create a configuration file-

Switch back to Bash

If you didn’t like Fish and want back your Bash again on the terminal, then run

To learn more about this shell command see the official documentation.