Unlike Windows, creating a desktop shortcut on the Ubuntu Linux system for installed applications is not pretty simple. Of course, it is not some Sisyphean task but as compared to Windows, it would be a little tricky for new Linux users.

Furthermore, we cannot just drag and drop applications from the Ubuntu launcher to create their desktop shortcuts, then how to add application shortcuts in Linux Desktop?  Well, for that we manually have to visit the applications folder on our Linux system to copy the .desktop file of an installed application.

Do you want to put working folders and frequently used applications on the desktop? We can easily accomplish this on the default Gnome desktop by adding Applications shortcuts, follow the below steps.  You can follow this tutorial for other Linux distributions as well.

Although we can navigate to the folder where all applications .desktop files are available using the command terminal, however, to make the tutorial easy, we are using GUI. Thus, click on the Folder icon given on the Dock of Ubuntu and then select Other locations. 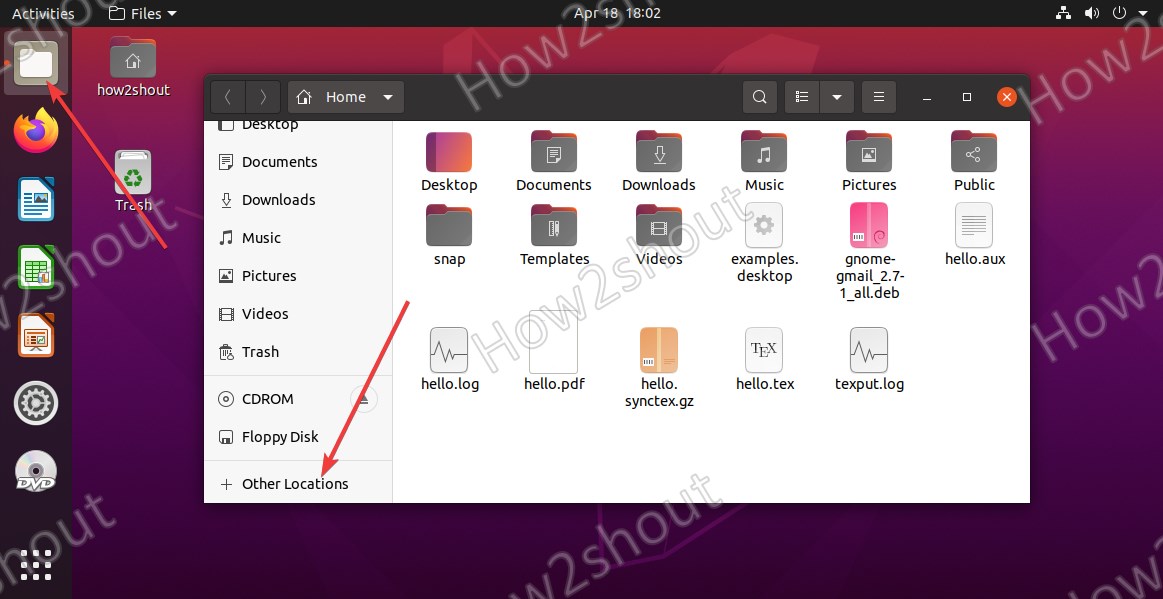 2. Go to the Applications folder 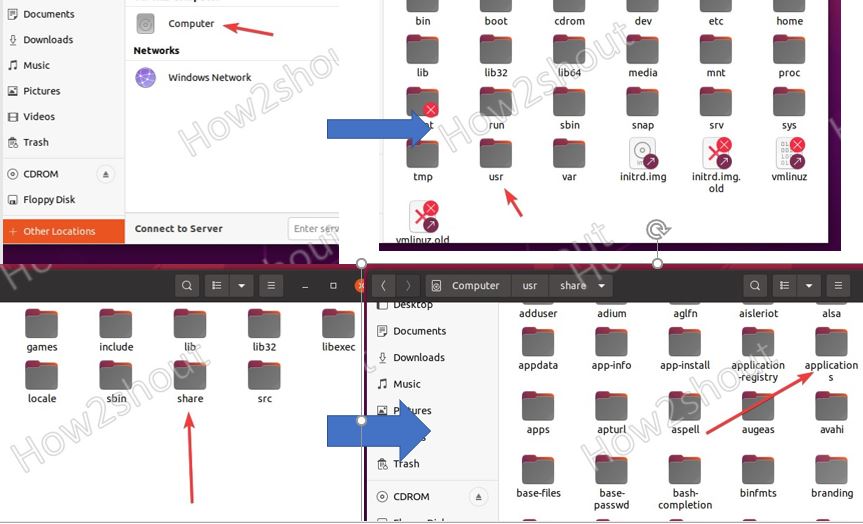 3. Copy .desktop file of the application

Inside the Applications folder, you will see the .desktop file for all programs installed on your Ubuntu 20.04 or in any previous version you are using. What you have to do just copy the file of the application that shortcut you want to create on your Ubuntu Linux Desktop. For example- I want to create a desktop shortcut for the Firefox browser, thus to do that I will copy its file and paste it on the Desktop. 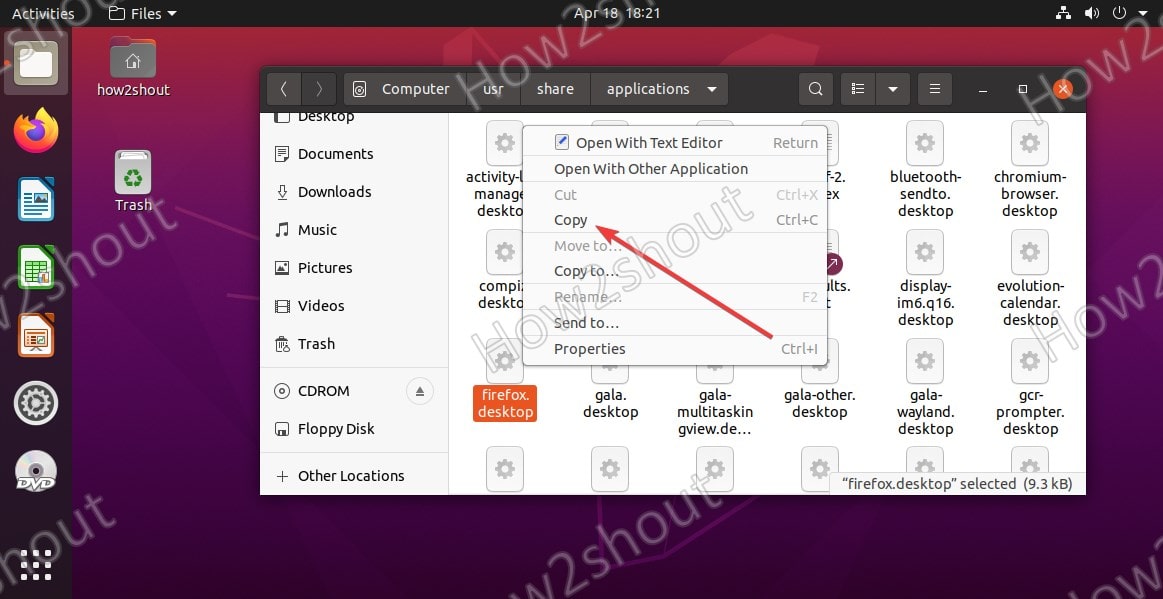 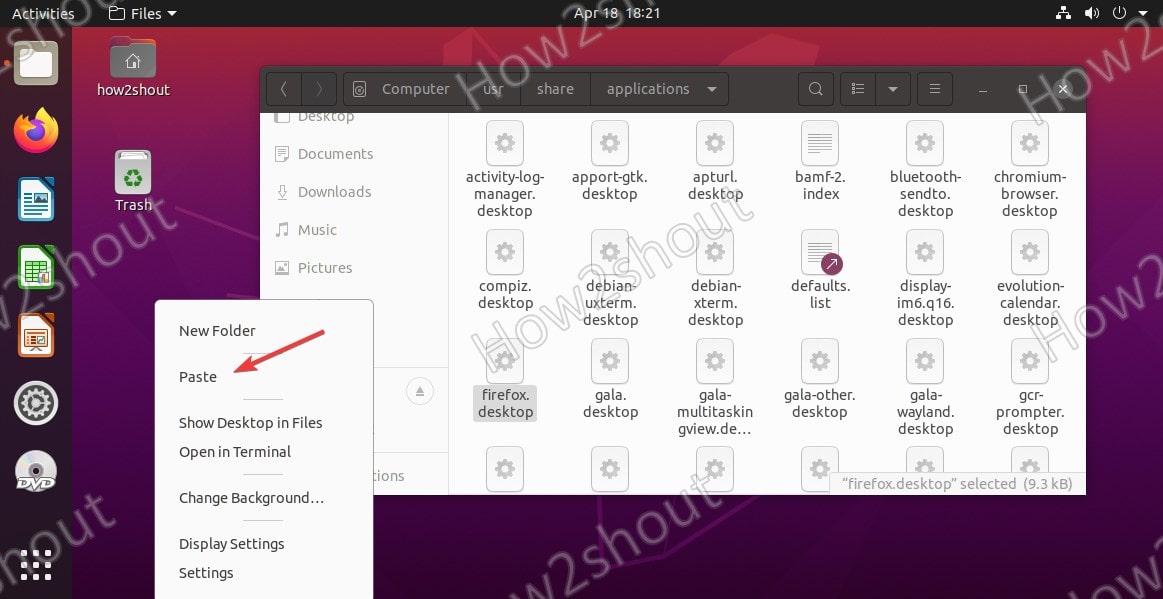 Once you paste the .desktop file of some application on the Ubuntu desktop you will have the shortcut but to run it we have to perform one more step. Simply, right-click on it and select the “Allow launching” option. 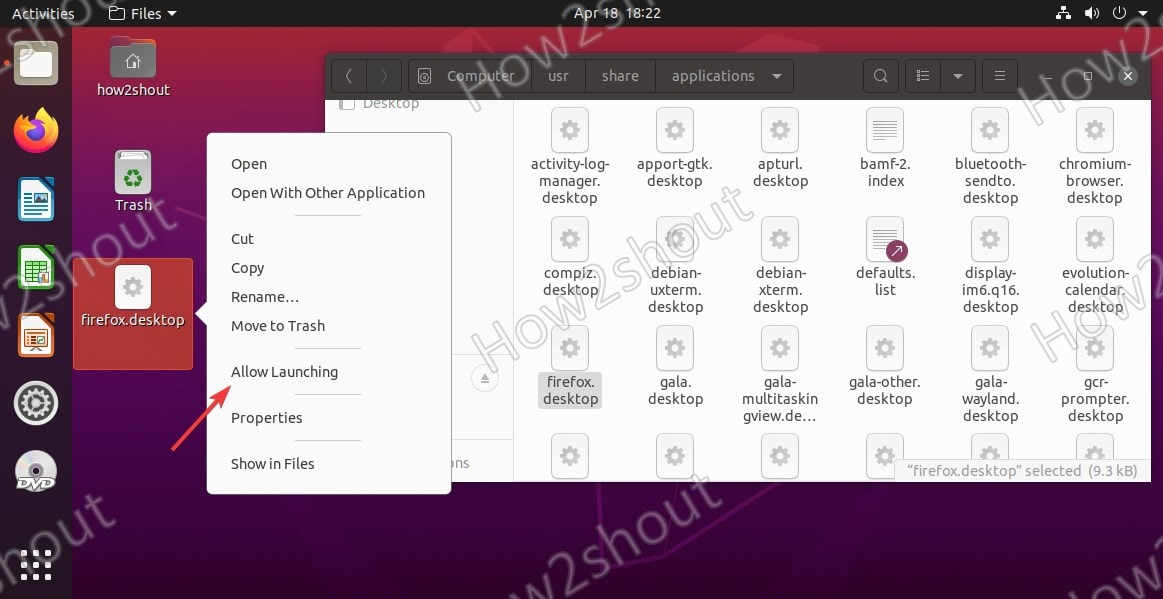 Finally, you will have an application shortcut icon on the Ubuntu desktop. 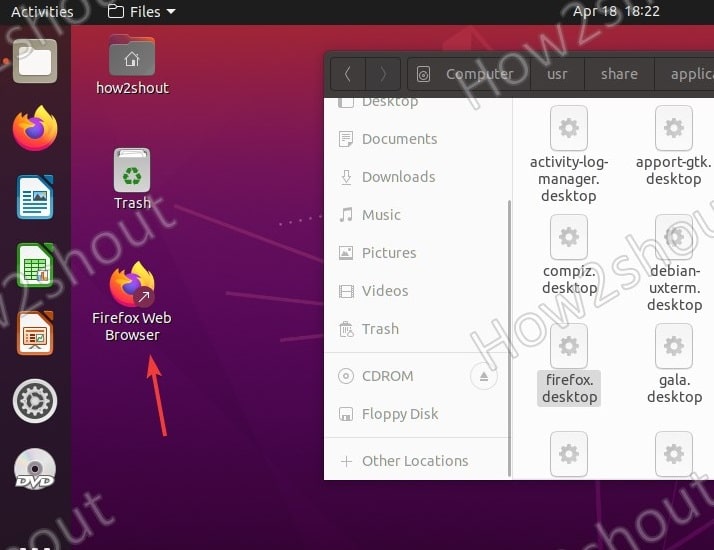 May steps given above are not clear to you, thus watch the video tutorial to clearly understand the way to add desktop shortcuts on Ubuntu Linux.

2 thoughts on “How to create desktop shortcut for any app in Ubuntu 20.04 LTS”